The Importance of Restoration in the Reentry Process 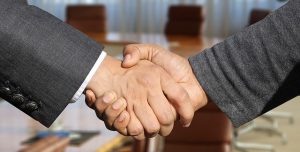 In previous blogs we have discussed various topics related to inmates and their reentry and transition to civilian life.  The process is never easy, many fail at the attempt and thus, recidivism rates are inexcusably high.  However, there is a common thread to be observed among those inmates who succeed in the process.  They are reunited with family and friends, become gainfully employed and their lives become models to other inmates who have vowed never to return to prison.  Clear-thinking people want to know what makes the difference.

Frankly, there are many factors and we shall discuss them in coming blogs.  For now, however, allow me to focus the spotlight on what I personally believe to be that rises above all others on the road to successful reentry and transition: Proactive Restoration.

Please do not confuse the term restoration with rehabilitation or even reconciliation.  These are important, but distinct, components of a successful return to civilian life.  Restoration embodies all the elements required for a return to wholeness.  Healing, forgiveness, facing and overcoming adversity, mentorship, establishment of a successful support network – all are components of restoration.

There is a unique and especially powerful element, however, that is the focus of this blog.

Restoration is the calling and duty of every mature Christian.

When the Apostle Paul wrote his letter to the Galatian Christians in the first century, he was addressing a fractured, divided and troubled group.  They were becoming dysfunctional and facing the risk of diminishing or losing altogether important relationships.  Their influence was waning as a result.  The future looked dim.  There were spiritual "failures" among members in the local church – much as there are today.  So the wise apostle offered some timeless advice:

"Brothers, if any of you be overtaken in a fault (moral failure, sin, etc.), you who are spiritually mature restore someone like this."  (Galatians 6:1)

There is more to the verse, but for now let's focus on these words and their direct meaning.  First, failure is an occurrence common even among Christians.  Followers of Christ sin from time to time.  Some get caught now; others will be exposed later.  None of us are immune from succumbing to temptation in its many forms.  The original word used for "overtaken" implies someone tired from a long march who slows down and becomes easy prey for the enemy.  Though it is sin nevertheless, this is not a picture of one who looks at temptation and says, "Whoopee! Let's turn our backs on God!"  Rather, it is one who is worn out from a journey, whose resistance is low and whose endurance is shot.  Fatigue makes us all vulnerable to stupid decisions.  We've all been there.

Second, some failures are more public than others.  The guy (or gal) in this verse is known to have failed.  The whole church knows about it.  Neighbors, family and friends are talking about it.  The shame is public.  Without a single exception, every inmate knows what this feels like. That's why they call it "public record."

Contrary to inner feelings and even public sentiment, however, hope is NOT lost!  Paul addresses those who are spiritually mature, those who are "still standing".  And he puts the burden of restoration squarely on the one standing, not on the one fallen.  To our detriment, many believers have lost the conviction that we are indeed our brother's keeper.

In the familiar New Testament story of the Good Samaritan Jesus condemns the "religious" people for turning their noses up and ignoring the wounded man at their feet.  An outcast, however, (the Samaritan) sees the man wounded and bleeding on the ground and decides to help.  He gave both immediate and long-term help. He got his hands and clothes bloody from tending to this dying man.  He spent time and effort to get him to a place of recovery. He spent his own money to ensure healing would occur.

One cannot become involved with a criminal with the intent to restore that one without taking some personal hits.  Your motives and methods will be questioned.  Spiritual snobs will turn on you.

Along the way, though, someone may be healed, and Jesus will smile.  That makes the effort worthwhile.

More on the step-by-step process next time.

The Importance of Restoration in the Reentry Process, Part III
Bob Riddle
No Comments

Continuing our exploration of the Biblical teaching on the topic of Restoration, let's quickly review the major ideas presented in the previous blog.  First, ALL Christians are commanded to proactively demonstrate the identical forgiveness we have received from God through Christ.  As we'll see, our Lord does not suggest this; He commands it.  Second, there are two […]

Read More
The Importance of Restoration in the Reentry Process, Part II
Bob Riddle
No Comments

In the previous blog we discussed the Biblical principle of RESTORATION as a primary component of successful reentry and transition.  The conviction was expressed that every mature Christian is called to the work of restoring the fallen.  It is hard work, time consuming and the stronger, healthy Christian who answers the call to link hearts with […]

In previous blogs we have discussed various topics related to inmates and their reentry and transition to civilian life.  The process is never easy, many fail at the attempt and thus, recidivism rates are inexcusably high.  However, there is a common thread to be observed among those inmates who succeed in the process.  They are […]